He asked, I said yes! 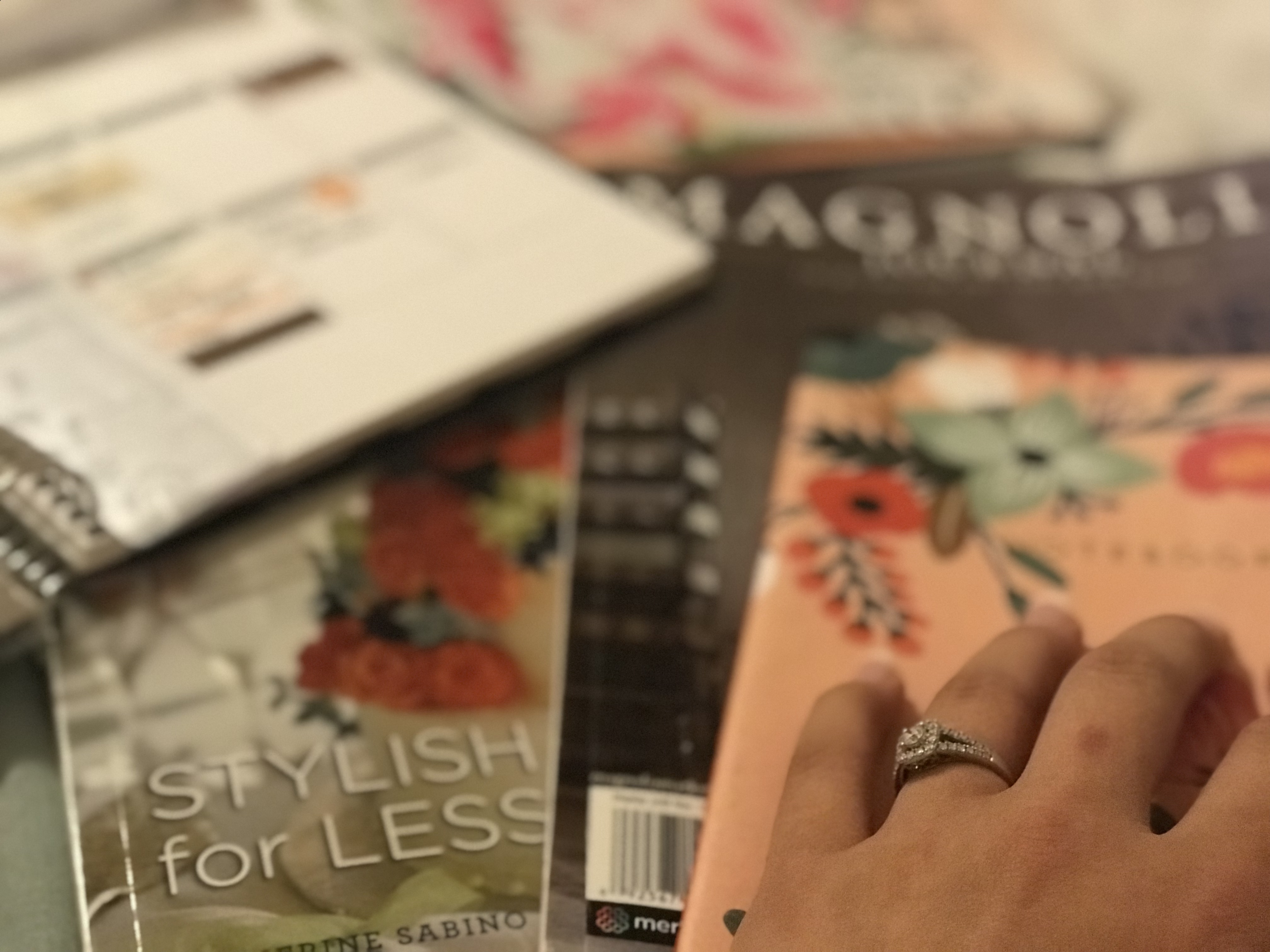 Some of you may have seen me mention Daniel on the blog throughout the years and this weekend he asked me to marry him! I wanted to share with you (and for myself later on) the story of this weekend.

Daniel and I met in the theater. We had seen each other around but at the beginning of my senior year and his junior year of high school, our classes became much more intertwined and we started seeing each other every day. We talked a little bit and he says he knew from the first day he saw me that year that he knew he wanted to date me. I certainly didn’t make it easy though.

We went on a trip with our theater troupe to convention in the fall and that’s where he and I really got to know each other. On the car ride home I remember texting him and my friends asking me if I liked him. I knew then that I did. We “talked” for a few months and went on a date or two (our first was to see Frozen!). It was so easy to talk to him and I never ran out of things to say even with how nervous I was on the first date. Then on February 8, 2014, he asked me to be his girlfriend. We went to a Chinese lantern festival for Valentine’s Day and it was so pretty.

I had so much fun with him and it kept getting better and better. We of course had a few bumps along the way. With this being both of our’s first serious relationship, being young, and having to deal with the huge change of me going off to college and then him going to college there was a lot of learning and growing that had to happen.

Between all this we each grew up, learned how to communicate better and respect each other with every part of our lives. There have been college transfers, late night calls (even some where we didn’t sleep at all), and stress but above all there’s been happiness. We visited each other as often as we could, and some months we’ve been able to see each other more than others. Summer break was always something to look forward to because I could see him every day instead of hopefully once a month.

Every time I talked to him or got to be with him he would make me smile, cheer me up, and take care of me through anything and everything. He truly is my best friend.

With my graduation coming up in December we’ve been talking about where we want to live, what we want to do, moving in together and when we would get married. We’re saving for an apartment and at this point have been dating for almost 4 years. He kept telling me that he wasn’t going to be able to propose for a while because he was putting so much money towards our apartment (which he really was!), and I really believed it. I had set my mind on enjoying our time together now and not worrying about it because I already knew it would happen eventually.

Little did I know, and I mean I REALLY didn’t know, that it would happen sooner rather than later. We had been planning a trip to cabin with a couple friend of ours for the guy’s birthday. So after I had packed my bags Wednesday night I was writing in my journal. It went something along the lines of “I had a feeling he might propose this weekend but I know now that he won’t because he stopped trying to make sure my parents knew we were going and didn’t care anymore if my nails were done or not.”

I drove after work Thursday to his place (because there was no way I was making an 8 hour drive in one day) and Friday morning we went to get our friends present, I got my eyebrows done, and then he said he’d pay for me to get my nails done because it was something I’d been wanting to do.

I truly didn’t think anything of this because it’s something that’s he’s done before when he wants to do something special. Our friends met us and we headed off on the trip.

The cabin was more beautiful than we thought it was going to be. It had a wrap around porch with a swing and rocking chairs, a nice kitchen and living room, a hot tub, huge comfy beds and a fire pit. We had a great time hanging out, cooking and laughing.

Saturday morning we were all getting ready to go on a hike that day. Daniel and I were up before our friends and enjoyed coffee on the porch swing together just talking, and then I helped make breakfast with our friend. It was a nice big breakfast of pancakes, eggs and bacon. We started getting ready to go when Daniel asked what I was planning to wear.

I showed him and he said hmm, how about something similar, and pulled a Nike bag out of his duffel. Inside was a brand new outfit and shoes. I was so shocked and happy. He told me it was for working hard on eating healthy and working out and that he was proud of me. I couldn’t say thank you enough and asked why he hadn’t bought the Fitbit he wanted with that money. He said he just wanted to show me he was proud of me. I then was getting dressed and we all went outside.

Daniel said he wanted to show me something and took me down to a little siting area that was gorgeous. He talked about how he loved me and said we should spend our lives together.

And then I said….”Ya, duh!” Looking back it’s hilarious, but it was something we had talked about so much and agreed on. I said it because there was no doubt in my mind that that’s what would happen. Then I started asking about where we were going hiking and what we should do and started walking back to the cabin. (Yes, I seriously started walking away).

I hear him say from behind me, “Em, wait.” He wanted to show me something. So I turn around and he comes close and takes my phone out of my hand. I think I knew right at that moment. He said he wanted to spend his life with me and got down on one knee and asked me to marry him. I looked at the ring and it’s literally GLOWING (a light in the box was shining on it). And it was so beautiful and more perfect than anything I could imagine. Not just the ring, but where we were and how he asked was simply us and simply perfect.

“Babe! What the heck!” That’s what I said. Because I completely forgot I needed to say yes. I was shaking and crying and turned to see our friends recording and taking photos. He asked if that was a yes and I said yes!!!! He took off my promise ring (which then was dropped) and put on my engagement ring. We found the promise ring without a problem and then our friends came over and where congratulating us.

And I was still crying.

I was so happy. Everything was perfect, and the wedding band that goes with the ring is just as gorgeous.

And I mean everyone. Our friend’s families knew, his coworkers and family knew, and he’d met with my dad to ask for his blessing. And I had no idea the whole time.

We went on a hike with our friends and took more pictures. We celebrated that night and Daniel and I started talking about our plans the next morning while we enjoyed our coffee. The weekend was amazing.

And I’m lucky enough to get to spend the rest of my life with my best friend who makes me so incredible happy and is such a smart, funny, hardworking, incredible man.