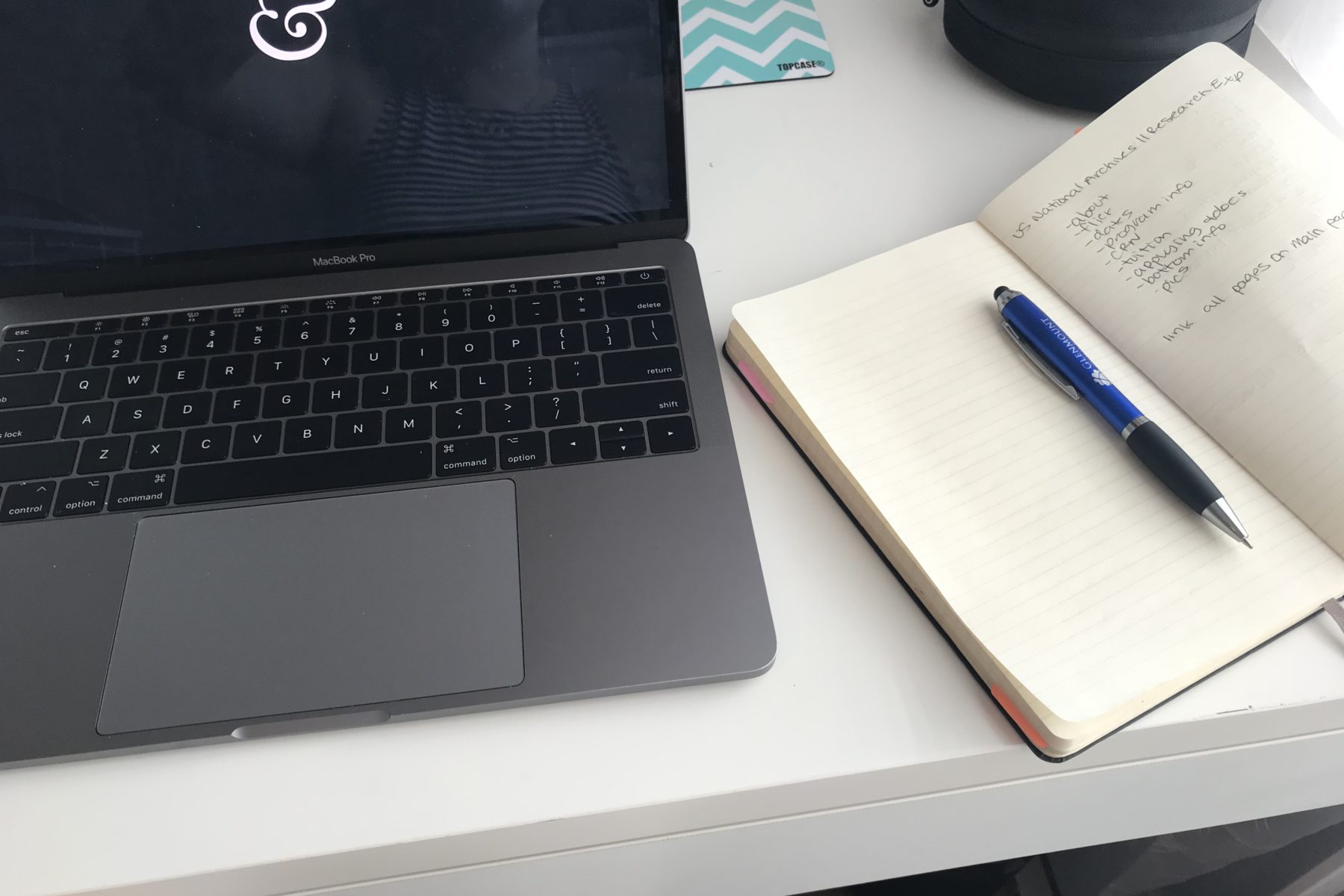 Another NaNo has come and gone and I was not a winner, but I did get some writing done. This year I’ve written more than I did the previous year and for I’m going to count that as a win.

And honestly, I’m okay with that. I was getting married, going on my honeymoon, working and seeing family and during that time in October and November, I worked more on this draft than I have in a while. (And check out the gorgeous view I had while I did it!)

I think part of why I haven’t “won” NaNo the past few years is because each time I’ve worked on it I’ve been working on this same novel, which we’ll call Fissure.  I haven’t started something new seriously since 2014. And the middle of this story is hard for me. I know where I want my characters to go but I can’t figure out how to get them there.

In the meantime, I’ve also written bits and pieces of other things as they pop in my head to try to keep writing and getting the ideas out as they come. I think that’s part of why I’ve been able to make some progress on Fissure.

My plan from here on out is to make a more detailed outline of what parts of the story I want to wrap-up in this novel and what pieces to leave for the next. I also need to know how to get them there and then to just write.

I’m hoping to finish this first draft soon. After I’ll leave it for a month before going in and making revisions which will be a whole new experience for me. If any other story comes up in there I will write it as much as it needs to.

Ultimately I would like to have a completed and at least once revised draft of Fissure in 2019. Don’t be afraid to hold me to it.

Fissure was started in NaNo 2014, which I won. This was during my freshman year of college where I had tons of time and used it as an escape from my tiny dorm and roommate. I loved being able to work on it as much as I did and really got into a habit. The other NaNo I won was in 2013 during my independent study class that turned into Running Through Darkness. Since those two Novembers life has become a lot busier and fuller but this story and writing in general still tugs at me all the time.

With the New Year will come a lot of new goals for me, but something I know I will do is this. I love the story that I think could come from this and can’t wait to share it with you someday.